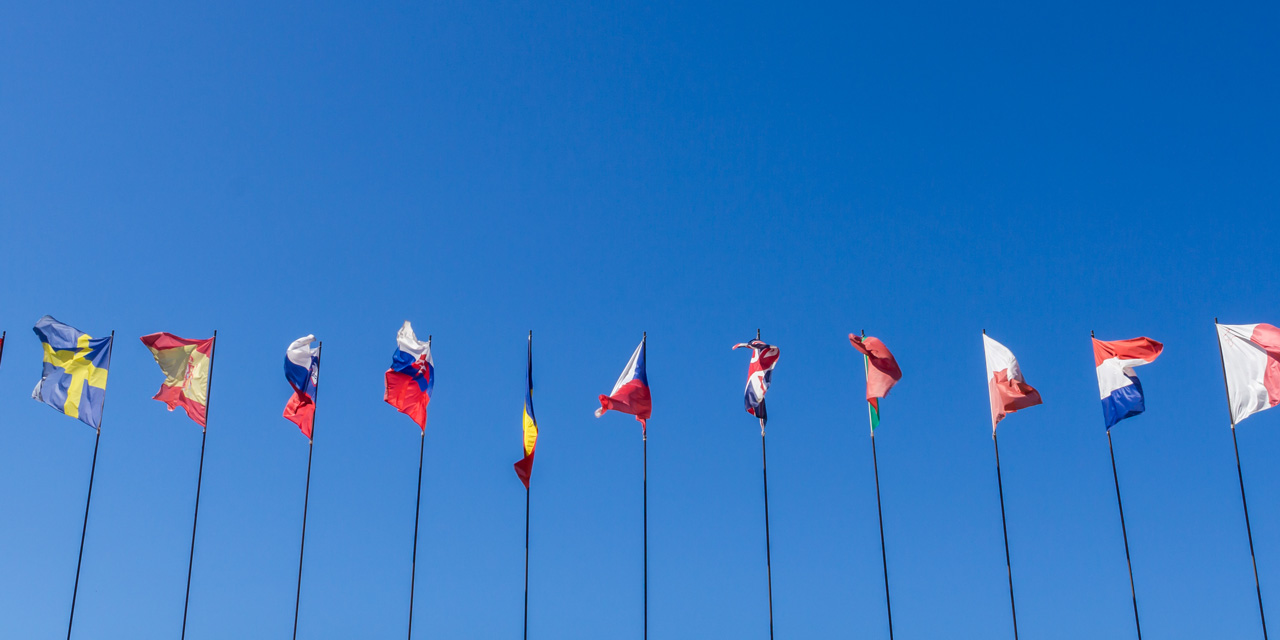 On 6 febrero, 2020, Posted by Bernard Colas , In Análisis Internacional,

The beginning of the year is an opportunity to take stock of the foreseeable developments in international trade law for 2020 which are likely to affect companies that are active internationally.

After two years of intense negotiations with the United States, the European Union (EU) and Pacific countries, the outcome of these treaties announces a consolidation period of Canada’s assets. The trouble experienced by the multilateral trading system is likewise portentous of a new era much more prompt to sanctions and other similarly fashioned unilateral measures. According to CMKZ, 2020 will be dominated by the following elements:

Canada will swiftly ratify the Canada-United States-Mexico Agreement (CUSMA) at the beginning of the year, following the successful introduction of its implementation bill at the House of Commons in January. As the United States and Mexico already have ratified the agreement, it will come into force three months after Canada’s ratification; that is to say around May 2020. The coming into force of CUSMA will notably modify the dairy quotas allocated to Canada’s partners, and Canada will lose its privileged access to United States public procurement, from now on only ruled under WTO law. It is important to emphasize that the investors-state dispute settlement provisions of the new agreement will not cover Canada. Regarding intellectual property, under CUSMA, the protection duration will go from 50 to 70 years notably for artistic and literary works.

Despite some free-trade agreement negotiations running their course, Canada is not expected to conclude any new agreements in 2020. The negotiations between the Mercosur and Canada will not lead to an agreement in 2020 notably due to the recent election of a Peronist government in Argentina. The ongoing discussions between Canada and the ASEAN on one hand and the Pacific Alliance, on the other hand, should also be kept on close watch.

Canada-China relations are also to be monitored in 2020. Some products exported to China, e.g., canola and pork meat, having been surreptitiously targeted by Chinese sanitary measures, Canada thus demanded the establishment of a WTO panel. Canada will very likely try to work on a “third way” in its relations with both China and the United States. A new strategic position appears to be essential so as to avoid anew the deleterious consequences of crossfire between the two Powers.

The current negotiation of bilateral investment treaties with Georgia and Qatar as well as the signature process of the agreement between Canada and the United Arab Emirates will equally progress in 2020.

The 2020 American elections should likewise be kept a watch on, President Trump trade strategy being pivotal to his electoral strategy. The pre-election period should be characterized by the politicization of international trade relations and will constitute an occasion for the Trump administration to promote the already achieved “deals”.

On January 15, China and the United States concluded a “Phase-One” Agreement. Said agreement provides, amongst other things, the provision over two years of USD200 billion dollars worth of American goods and services to China. Those additional purchases could prejudice Canadian industries, for instance the pork industry. The agreement will lead to a Chinese implementation plan by February 15, focusing on the respect of intellectual property rights in China, which will benefit our companies. The first agreement between the US and China is likely to be rapidly challenged by the EU at the WTO as per the likelihood of trade diversion stemming from the “Expanding Trade” chapter.

The CUSMA negotiations being over, the US focus throughout 2020 will be on China and the EU. As the US did not reach an agreement on the Chinese state subsidies in its “Phase One” deal, it also concluded in January 2020 a separate agreement with the EU and Japan aiming to pressure China on this issue at the WTO. The status of US tariffs on China is dependent on the development of new disciplines on subsidies.

A trade agreement centred on e-commerce and agricultural goods, such as beef, also entered into force on January first between the US and Japan. Consequently, the Japanese tariffs on beef will be reduced to those applied to its partners of the Comprehensive and Progressive Agreement for Trans-Pacific Partnership (CPTPP), including Canada.

The Trump administration will likewise apply itself to obtain an agreement with the EU in 2020, as it threatened the Union with 25% tariffs on cars if an agreement is not readily reached. Free trade negotiations with the United Kingdom will similarly constitute an important target for the US administration in anticipation of the next election.

The recourse to economic sanctions by the US will also generally go up in 2020, aiming namely Cuba, North Korea, Iran and Venezuela. Moreover, in early January, the US published a list of the first American technologies being subject to an export and re-export licensing process by virtue of the Export Control Reform Act (ECRA), which is applicable to all countries except Canada. The list established by the Bureau of Industry and Security (BIS) is currently limited to aerospace software using artificial intelligence. The list of technologies referred to will probably expand in the course of 2020. The BIS as well amended the Export Administration Regulation (EAR) to add Huawei and 46 of its branches to the Entity List. The EAR draws a list of American technologies which are prohibited from selling to businesses placed on the Entity List. This amendment is likely to impact American and foreign companies selling products incorporating American technologies.

The United Kingdom having exited the EU on January 31, Europeans and British negotiators received the mandate to initiate negotiation on global disciplines covering the whole array of sectors previously covered by the British membership in the EU. During the transition period, the entirety of EU law will still be applicable. As per the publicized calendar, negotiations ought to be concluded by December 2020. Nevertheless, said calendar being very ambitious, an extension is likely to be granted by July. The talks about services, technical and sanitary norms and the state intervention will be of the utmost importance, given the EU volition to avoid seeing the UK join the American sphere of influence to a greater extent and become an unfair partner on its doorstep. Thence, the EU will not go easy on the UK; to benefit from EU concessions, it will plausibly have to agree to maintain a regulatory framework aligned on the EU.

To facilitate its transition, the UK concluded “continuity deals” encompassing about fifty territories and countries so as to maintain privileged trade relations with them. The defining feature of those agreements is that they identically reproduce the terms of agreements formerly concluded by the EU. Canada does not plan on concluding such a deal, but as the UK represents 40% of trade volume between the EU and Canada, both countries will try to reach an agreement by the end of 2020. The scarcity of British negotiators might, however, hinder the progression of the negotiations. In spite of all the negotiations currently involving the UK, the country will assume environmental leadership as it will host the United Nations COP26 in November 2020.

In terms of intellectual property, it is interesting to note that the regimes pertaining to trademarks and industrial designs will stay unchanged during the transition period. Following a Brexit agreement, the UK Intellectual Property Office indicated that equivalences would be automatically granted to the owners of European trademarks and designs.

In 2020, the EU will likely implement a carbon border adjustment mechanism on goods to disincentivize the offshoring production of goods outside the Union. At the end of 2019, the EU announced its goal to make the continent carbo-neutral by 2050 as part of its “Green Deal”. The prospect of dispute concerning such mechanism emerges as the Appellate Body (AB) of the WTO is paralyzed; the EU will most likely have free rein—subject to unilateral measures—to implement the external segment of its green policy. The new European legislation on climate should be disclosed in the course of March 2020.

The OECD negotiations regarding the possibility to tax big tech companies—the GAFAs—will speed up in 2020 at the instigation of the US and the EU. France and the US convened to halt the rise of tension as they committed to keep away from unilateral measures; both countries concurred to work on a multilateral agreement on GAFAs taxation by the end of 2020. The UK and EU members such as Austria and Italy will notwithstanding apply similar taxes on GAFAs and could face American retaliatory tariffs.

The WTO Appellate Body (AB) is out of order since December 11, 2019. From then on, in an old-GATT fashion, any WTO Member can now block the adoption of a panel report through appeal, sending said report “into the void”. Despite the US intransigence toward the AB, under the impulsion of Canada and the EU, fifteen WTO Members agreed at the World Economic Forum in Davos to implement a transitory appeal mechanism based on article 25 of the Dispute Settlement Understanding. In 2020, more countries, the UK amongst others, will likely join the initiative. The Member-states could also decide on an ad hoc basis not to appeal panel reports, thus ensuring their adoption.

The Bahamas and Belarus will likely become WTO Members in December 2020, following the adoption of the accession protocol expected for the June 2020 Ministerial Conference. The Netherlands also filed an adhesion demand on behalf of Curaçao which it authorized to undertake a separate accession process at the WTO in 2020.

On the occasion of the next WTO Ministerial Conference, an agreement should be made between Members regarding the subsidies to illegal fishing or contributing to overfishing. The attainment of such an agreement will constitute an immediate test for the multilateral trading system. Moreover, Members will decide on the Moratorium on Electronic Transmissions in force since 1998. The Moratorium is questioned by some Members such as India and Indonesia which claim that the transmission by streaming of digital content unduly deprives them from custom incomes formerly collected on physical products like DVDs. The Moratorium, however, seems to get the support of most Members which consider that internal taxation is a better suited alternative to tariffs. Furthermore, many Members strive to achieve an agreement on e-commerce in 2020.

Finally, the panels examining the disputes on the US tariffs on steel and aluminum will disclose their report during fall 2020. The interpretation of GATT article XXI will be the centrepiece of those reports, as the US contends that the sole invocation of the security exception can justify trade restrictive measures. According to CMKZ such an interpretation could entail abuses.

The Uniform Law Conference of Canada (ULCC) should produce a template of a uniform statute for the implementation of the 2019 Convention on the Recognition and Enforcement of Foreign Judgments in Civil or Commercial Matters. The ULCC will subsequently promote the agreement’s template jointly with the one it had prepared for The Hague Convention of 30 June 2005 on Choice of Court Agreements with the provinces and territories, to incentive them to implement both conventions. The Hague Conference will in addition continue to work on the recognition of tribunals’ jurisdiction so as to complement the 2005 and 2019 conventions.

The United Nations Commission on International Trade Law (UNCITRAL) working groups will likewise continue their work on numerous matters such as fast-track arbitration, on an Investor-State dispute settlement reform, on e-commerce as we as on Judicial Sales of Ship through the relevant working groups. On the other hand, UNIDROIT working groups will resume work on the harmonization of national insolvency laws of bank rules and on a model law on factoring aiming to complete and bringing up to date the Ottawa Convention on International Factoring. Additional details will be available by the next session of UNIDROIT Governing Council, in May 2020.

The new version of the Incoterms entered into force on January 1, 2020. Although no substantive change vis-à-vis the 2010 version occurred, the following changes should be taken into consideration:

For more information on these developments and the potential impact they may have on your business, please contact Bernard Colas or one of our other CMKZ lawyers specializing in international trade law.